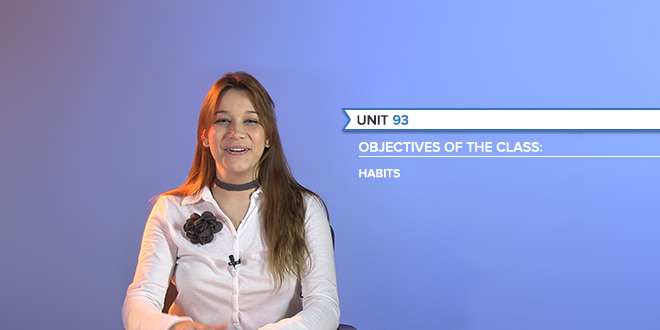 The following lesson is for advanced students. If you are not sure of your English level, take our test!

You can find all this information, plus speaking, writing, vocabulary exercises and more on the ABA English Course Unit 93 – Breakfast in Bed.

The Expression “Used to”

Let’s start by looking at the expression “used to”. Here’s an example:

We used to live in Cambodia, until we moved back to Barcelona

“Used” is the past tense of the verb “to use”, but the expression “used to” has a completely different meaning. We use it to talk about something that frequently happened in the past which does not now. Remember, “used to” is always followed by an infinitve without “to”.

I used to smoke, but I stopped two years ago

How do we form questions and negative sentences using “used to”?

Negative sentences with “used to”

Let’s first take a look at negative sentences with “used to”. In order to state that we did not have or do a certain habit in the past we simply add the auxiliary verb “did” and the word “not” before “used to” and to sound more natural we could use the contraction “didnt”.

Let’s check out some examples:

I didn’t use to like jazz, but now I do

You didn’t use to wake up this early!

It is worth noting that when we use the auxiliary “did”, the verb must be in the infinitive without “to”, in this case, “use” without the “d”.

Interrogative sentences with “used to”

Now let’s look at how to form the interrogative with “used to”.

In order to make questions, we also place the auxiliary verb “did” before “use to”.

Did you use to eat at that pizzeria on 21st street?

Expression – To be used to

We also use the expression “to be used to” when we are referring to habits or things we are accustomed to. If a person is used to something, the thing is familiar; he or she has expreienced it so much that it is no longer strange or new.

I’m used to the weather in Spain, it’s always sunny!

The expression “to be used to” can be followed by nouns, as in the examples, but also by “-ing” forms.

They are used to living abroad.

Expression – To get used to

First of all, notice the difference between these two sentences:

I am used to the weather in England

I got used to the weather in England easily

Can you see the difference? In the first sentence we are stating that we are already accustomed to something. In the second sentence we are stating that the process of becoming accustomed to the weather in England was easy so we use the verb “to get”. The verb “to get” in British English is get – got – got in its three forms, and in American English it is get – got – gotten.

Let’s look at how to use the expression “to get used to” in various tenses.

I can’t get used to the new timetable

We’ve got used to the language very quickly

Good job! You just revised the grammar from Unit 93! 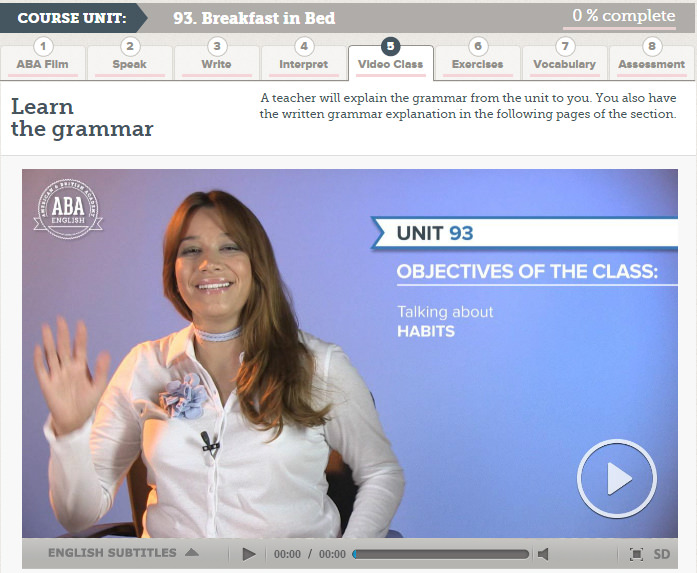 In Unit 93 – Breakfast in Bed, you will meet Bob and Alex. What are they talking about?