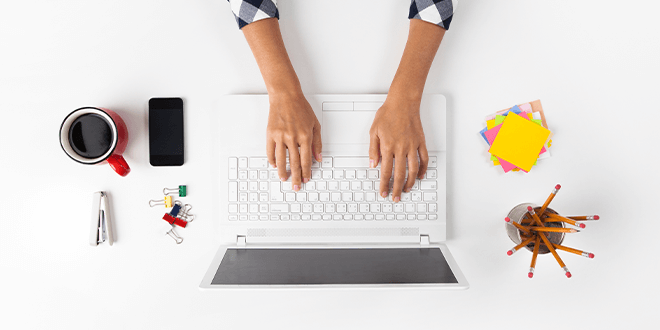 10 adverbs of quantity in English

Adverbs are those words that modify a verb, an adjective, or even another adverb. There are many types of adverbs out there. On this occasion, you’ll learn about the most important ones you can use to express quantity.

Keep in mind that in English there are both countable and uncountable nouns.

Countable nouns are those things that can be counted individually with numbers, such as objects, animals, people, etc.

Uncountable nouns can be materials, liquids, money, and other things that make up part of a whole. For this reason, you can’t count them individually or directly associate them with numbers.

Do you have a lot of things at home?

There is a television programme called Hoarders. It describes the lives of some people and their unique addiction to hoarding objects in their homes to the extent that they can’t even walk without tripping over a number of items.

In English, you can use the expressions a lot of and many to express that someone has a great number of things.

Do you have many things in your house?

She has a lot of cats.

I visited many interesting places in China.

He’s a wealthy man. He has a lot of money.

Much modifies uncountable nouns, particularly in negative and interrogative sentences.

Is there much theft in Sweden?

Laura knows some Chinese, but not much.

It’s okay to collect things. Some people enjoy buying works of art, collecting antiques, photographs, watches, etc. The problem is when something becomes addictive and compulsive. Wouldn’t you agree?

For these situations, we use the adverbs too much and too many.

There’s too much information online!

I have too many dresses. I need to throw some away.

You can also use so much and so many to express that there is too much of something.

I have so much work to do! I think I’m going to hire a secretary.

There are so many trees in this park!

Do you remember the Crazy Cat Lady from The Simpsons? It seems like she had quite a few pets. Of course, it’s all a question of taste, which there’s no accounting for. The only problem is that some people have trouble understanding when there is enough of something.

Instead, it would be better to be generous and give away what we can spare. You never know if someone else might need it.

In English, you can use the expressions enough and not enough to refer precisely to whether or not you already have the right amount of something you need.

I have enough water, thank you.

Do you have enough money?

There weren’t enough cupcakes for everyone.

Well, when it comes to delicious foods like cupcakes, it can be hard to say that’s enough!

When there are not many things

We already know how to say you have too many shoes, too much clothing, or too many cats. Now let’s talk about things that you consider scarce or limited in your home, either because you don’t need them or you prefer to have just the right amount.

You may have very few glasses because they’ve been broken over time. Or just a little milk in the fridge because you forgot to buy some and when you were going to have your cereal… Oops! You were left with the craving!

For uncountable nouns, we can say a little:

I have a little money in my wallet.

There is a little milk in the coffee, but not much.

Susanne only knows a little French.

When we use little alone, the phrase can have a negative connotation, meaning that something is very limited or scarce.

Keep in mind that little is also an adjective, meaning small.

He spends little time with his family.

My aunt has little patience with me.

For countable nouns, we use the adverbs a few and few.

I have a few sweets; would you like one?

A few of us plan to go to the concert.

My brother has a few friends that could lend us some money.

If you use it without the article a it also changes the meaning of the sentence to “not many”’.

I have few problems. (I don’t have many problems.)

I have a few problems. (I have some problems.)

Have you thought about what you really need in your home? Have you decided what you’re going to give away? With this list of adverbs of quantity in English, you’ll be able to express this much more easily.

Learn the adverbs of quantity in English with @abaenglish

The more, the better

Don’t you worry. We don’t want to motivate you to become a compulsive hoarder. We’re talking about English, of course.

There are other adverbs of quantity that you can gradually incorporate into your lexicon. These will allow you to achieve a greater mastery of the language. Would you like to learn more about them?

This means “nearly”. It can be a pretty exciting word, like when you use it to say, “I’ve almost been paid”, “I’ve almost retired”, or “I’m almost married!”

The car lasted almost a decade.

This means “barely” or “almost not”.

When I got the news, I could hardly cope.

I could hardly believe what just happened.

She can hardly walk.

You can also use scarcely, which has the same meaning.

I could scarcely believe that he was the same guy I had dated.

This means the same as a little. Sometimes, we can find it all together like this: a little bit.

This is a popular expression you can find in the choruses of many songs, “Just a little bit, a little bit of love…”

My father is a little bit tired. Let him rest for a while.

It means “really”, “very”, or “completely” and aims to emphasise an adjective. You also use it when you want to express doubt.

This Ferrari is quite amazing.

It’s quite near Central Park.

I told her to give you a call, but she didn’t feel quite ready yet.

This is also used to emphasise an expression. You can use it the same as “completely” or “fully”.

We’re entirely convinced that after learning this lesson, you’ll surprise your friends with your progress and knowledge. 😉

Remember that you can also download the app to continue enjoying our content on your mobile phone.

This must be entirely painted by tomorrow.

I feel entirely responsible for what happened yesterday.

It was entirely your fault.

Have you ever had a salesman say, “Give me a couple of minutes to explain…”? Those calls go on forever and you never know how to get out of that situation, which can be pretty uncomfortable, by the way.

A couple of means “a pair of”.

First of all, I would like to give you a couple of examples.

This will take only a couple of minutes.

Can you lend me a couple of dollars?

As an adjective, it means something beautiful or attractive.

But as an adverb, it means “rather” (to a certain degree or extent, but not to a high degree or abundantly).

It can also be used like very or quite.

We’ll be there pretty soon.

It was a pretty expensive place. The food was good, though.

I’m pretty sure things will work out.

This happens to many of us, we leave things half finished and never complete them. But it can also mean that we’re close to our goal.

The job was partially done.

I partially read the book.

The house was partially destroyed in the fire.

We use these structures to compare quantities.

This suit costs as much as the black one.

We don’t have as much work as last year.

Are there as many students as last year?

This means “many” or “a bunch”. And that’s what you’ve learned in this lesson: lots of adverbs that will definitely be quite useful in the future.

You must have lots of patience when you work for customer service.

There are still lots of women that want to have a child.

I have seen this film lots of times.

Now all that’s left is to practice everything you’ve learned. Remember that with our online course you’ll be able to perfect the many different aspects of English so that you’ll be able to express yourself like a true English speaker.

If you liked this article, stay connected with the ABA English blog to discover fun new lessons.