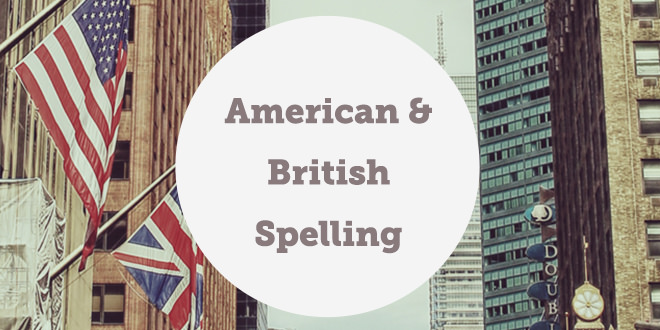 Differences Between American and British Spellings

How are y’all doing? (That’s American slang for “how are you?”)

If you have read a lot in English, you will probably have noticed that there are many different variations of spellings depending on the country that the style of English comes from. In today’s blog post, we are going to focus our attention on the main differences between British and American spellings of the most common words.

Why do Americans omit the letter “u”?

In British English the letter “u” has survived the cull, but it wasn’t safe in America in the 1800s when Noah Webster, (one of the most influential men in early American English development) began to simplify the way English was spelt.

British English spellings which lost their “u” in American spellings:

What else was simplified by Webster upon his redesigning of the language?

During his culling of letters that he deemed to be unnecessary in words, many letters were lost everywhere. Words in British English which tend to end in “-ue” seem to have been lost in the American spelling of the word.

British English spellings which lost their “-ue” in American spellings:

Webster wasn’t finished with the taking away of the “u” or the “-ue” at the end of words. He wanted to simplify as much as he could. Words, some of which came from French, were rearranged to suit the sound of the word when said

Did the double consonant after a single vowel go too?

In British English when a verb ends in a single vowel followed by a consonant, we generally double the consonant when putting the verb into gerund or past form. Under Webster’s change of English in the USA, the doubling of this stopped- although can still be seen in a few places.

Verbs which lost the double consonant:

Note that in the British version of the past participle, there is a double “l” but in the American version the single “l” is maintained.

What is the correct way we should write in English?

Even though there are different spellings of words in English ,all forms of the words are generally accepted, although if you are in a certain country, using that country’s spelling of the word would be the best option there.

Whichever way you find easiest to learn in English-providing that it is an officially recognised way to spell in English, is correct. Remember you can sign up for free to ABA English for more tips on this and much more.

Do you want to learn different English spellings? @abaenglish can teach you!

American British spelling writing 2016-06-09
Share
Previous The Use of Gerunds after Prepositions
Next Who are you supporting in the 2016 Euros?