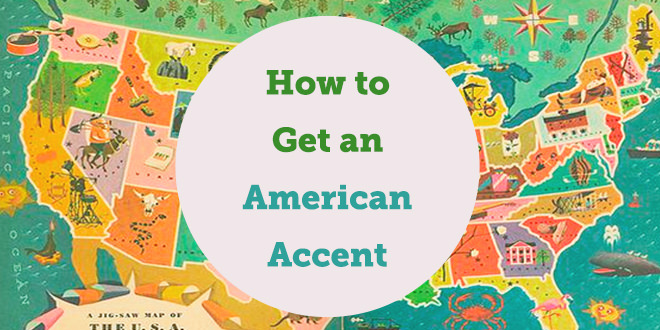 Now that you’ve read our post on British accents, we want to teach you how to improve your American accent.

American accents vary greatly depending on the state/region. A person from Minnesota will not have the same accent as someone from Louisiana or California. Southerners tend to speak more slowly than Northerners. Some vocabulary words also vary. However, we want to provide you with some standard pronunciation rules.

In American English, the letter “u” is pronounced like “oo,” for example:

The “r” sound at the end of a word is more clearly pronounced than in British English, for example:

The “t” sound has a softer pronunciation in American English, almost like a “d”.

Here are some example of words that have different pronunciations in American and British English.

A great way to improve your American accent is by watching TV shows.
Choose a character you like and practice imitating their accent.

Now I know how to fake an American accent! Thanks for the tips @abaenglish!