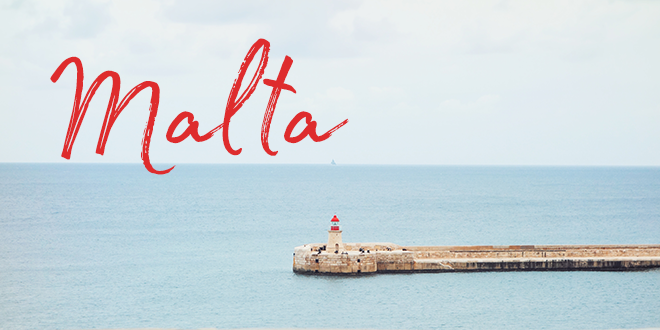 A Book, a Film, and a Song for If You Travel to Malta

With its rugged coastline and ancient monuments, Malta is one of the privileged tourist destinations on the Mediterranean. In addition to offering all of the beauty of the Mediterranean at affordable prices, it is also an ideal destination for those who are looking for study holidays. In fact, English and Maltese are the official languages of the Republic of Malta. The English that is spoken on the archipelago is of a very high level and is similar to British English. To discover why it is necessary to review the country’s history.

@abaenglish presents Malta through a film, a book, and a song.

In ancient times, Malta was inhabited by the Greeks, who called it “Melitē” due to the proliferation of bees on the island, from which they obtained excellent honey. Later on, it became part of the Kingdom of Sicily and was ceded in usufruct to the famous Knights of Malta. After being occupied by Napoleon during his military expeditions in the Mediterranean, it was liberated by the Bourbons of Naples and by the British. They turned it into a British protectorate and ruled the country until the beginning of the 20th century when it became an independent republic. For historical reasons, therefore, English is one of their official languages. They also understand Italian quite well. If you have chosen Malta for your holidays, whether you have decided to spend your time studying English or just want to relax on the sea or breathe in the air of an old place, you will not be disappointed. As always, to help you prepare for your trip, we have chosen a book, a film, and a song that will tell you about this extraordinary island.

Stories to Be Read Before Nightfall

These short stories by Oliver Friggieri represent a realistic and moving fresco of the humanity of Malta, of its humble origins and culture in particular. Between one page and the next, you will breathe the air of the ancient people of the island and the daily life of the people that live there.

Nominated for best film at the Malta International Film Festival, this movie was written and directed by Julian Galea, an Australian director of Maltese origin. The director, through the story of an American tourist (Myko Olivier, Glee) who falls in love with a local artist (Marysia S. Peres, Assassin’s Creed) takes the opportunity to show off the beauties of his homeland. Galea himself defined the film as “a postcard for the destination” thanks to the panoramic photos of medieval towns, megalithic monuments, and the splendid coast. During the film, we can also admire the famous Azure Window before its collapse at the beginning of 2017. The movie offers an excellent opportunity to practice your listening skills in English as well as presenting a breathtaking view of the island that you will soon visit.

Watch the trailer at the following link:

All of the traditional Maltese songs are in Maltese, a Semitic language with many borrowings from Italian and Italian dialects. We have chosen a more contemporary song, “Taboo” by the Maltese artist Christabelle, which reflects the reality of life on the island in the musical field. With this song, the singer won the 2018 Malta Eurovision Song Contest. It is an autobiographical text that talks about her struggle with mental illness and the suffering it causes, but also the relief that comes from sharing the pain. We present the lyrics to the initial stanza.

Listen to the whole song at the following link:

Are You Ready for Your Study Holiday?

As you read the stories by Friggieri, admire the shots from the Galea film, and listen to the song by Christabelle, you can immerse yourself in the island’s atmosphere before you even pack. Before leaving, you could improve your English knowledge through the ABA English course. We offer 144 free video classes and the same number of short films that will help you learn English in a natural and innovative way. Why wait until you leave on holiday?

OK, I want to see a short film!
OK, I want to try a class!
2018-07-16
Share
Previous A Summer at Sea… With English
Next Learn English by Playing Fortnite